This past Saturday I competed in the A Christmas Story 10K.  For those of you who aren't from Cleveland.  The movie A Christmas Story was filmed here locally and released back in 1983.  The house used in the movie is actually located just outside downtown.  A few years back, it was purchased by a fan and completely remodeled to look like it did in the movie.  When the movie was filmed, only the outside was used as the rest was shot on a sound stage.  Surprisingly, they have been able to get both inside and out to completely look like the movie.


A Christmas Story is my favorite holiday movie.  I still remember where I was when I saw it for the first time.  Fun fact:  My dad was a teacher and kids from his class where used as extras during the scene that Ralphie went to see Santa.  Needless to say, I was pretty excited to run from downtown to the house and back.  Plus, waiting for me at the finish would be a "Major Award."

Just like the rest of Fall here in Ohio.  Temps were absolutely frigid Saturday morning.  I met up with my sister, fellow Cleveland Marathon blogger Jessica, and the Heller's prior to the race.  I hid out in Tower City while trying to stay warm.  I made a pretty big mistake getting out the the starting line late.  This race was vastly over-sold and the 10K and 5K were starting at the same time.  Initially, I thought I had lined up correctly.  Except, I was wrong on the starting line location.  I ended up in the back and didn't cross the start line until 10 minutes after the start.

I had no expectations going into this race.  I hadn't ran more than 4/5 miles this fall as I've been focused more on shorter distances and speedwork.  My plan was to have an average pace around 9:20 and if I felt good, maybe average 9:10.

As the race began, I felt really good.  The start was very crowded, but I was able to make up some ground on the outside.  We hung a right turn and headed up the Superior bridge.  I continued to feel strong and pushed the pace further.  I made my next mistake as I saw my friends Steve and Jill.  Yelling "do it for the Bacon", I knocked my headphones out of my ears.  Unable to get them back in with gloves on.  I had to stop take off my gloves and put them back in.  Even with stopping, my first mile was 7:50.

Things began to get worse as my hands began to hurt.  As I approached mile 2, they became completely numb.  Blowing on them and flexing my fingers did nothing to help.  I began to wonder if I should drop out or would I do damage to them if I continued on.  I tried pulling my fingers out of the glove and clinching them in a fist while I left the glove on around my fist.  Thankfully, this worked and I continued on.

I made it to the house and we split off from the 5K race heading back to town.  The wind was brutal and it seemed to get colder heading back.  I still felt really good and kept running as best I could.  It was still pretty crowded until I got to mile 5.  We headed back over the bridge and this is when things got interesting.  Most were running the sidewalk, but I stuck to the road as it had more traction.  I'm not sure who's bright idea it was, but we had to make a left at the bottom of the bridge on a sidewalk that was nothing, but ice.  Sadly, a lady had just crashed in front of me.  I frantically tried not to break pace as to not slip and headed straight for the grass.  It was really a dangerous situation and I hope nobody got seriously injured.  With a half mile to go, my shoe came untied.  I kept going.  At this point I didn't want to ruin the great run I was having.

I'm so sad I missed this race! Hopefully they will have it again next year! 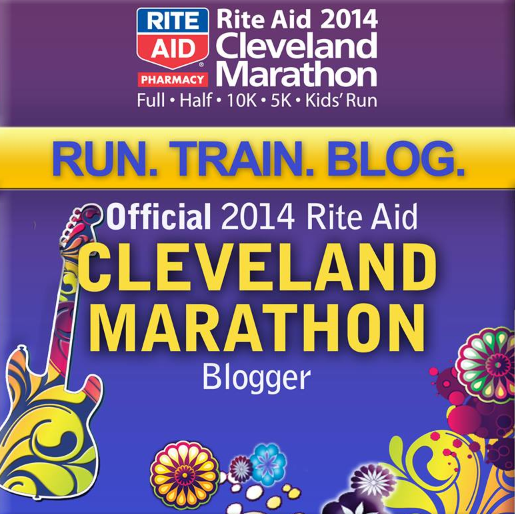 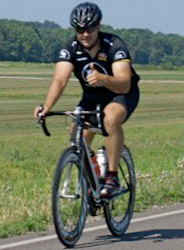 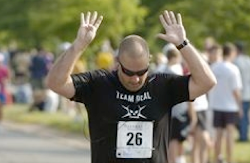 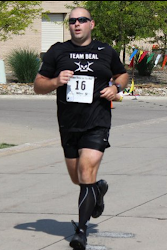 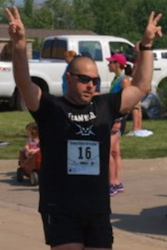 Beal88
Westlake, Ohio, United States
Thanks for checking out my blog. I'm the one they call Beal. A former college baseball pitcher turned obese american turned cardio junkie. I've lost over 100 pounds in 2 years and recently moved to Westlake, Ohio to train for my first Ironman. I am addicted to cycling and recently have become infatuated with Triathlons. 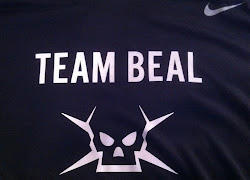